Home - NEWS & BLOG - What you should know about the Android Tesla screen?

What you should know about the Android Tesla screen?

What is meant by an android tesla screen?

A new method of interacting with your Tesla Model S or Model X is through the Android Tesla Screen. You may use the Screen to access your car's entertainment features, including music, navigation, climate control, and more. It mounts on the center console. The automotive industry is seeing a rise in the use of these screens.

What are the advantages of the Android Tesla Screen?

The many advantages of these Tesla displays make them perfect for various tasks. Some of these are following is given below:

They can resist a lot of wear and tear and are highly durable, which is one advantage. They are, therefore, perfect for usage in locations with heavy traffic. These can help you keep your car's infotainment system up to date while saving you time and money. If you are the proud owner of a Tesla Model S, you already know how fantastic its infotainment system is.

It is an excellent way to demonstrate and manage your car's functions while driving. It's a terrific way to stay in touch with your car's systems and surroundings.

An aftermarket vehicle audio that works with your Tesla's central touchscreen is called the Android Tesla Screen. You may use it to perform many of the same functions as an Android phone or tablet, such as running apps, listening to music, and navigating. It has a large and clear display.

A novel sort of Screen created specifically for use with the Android operating system is called the tesla Screen. For Android users, a better user experience is intended with the help of this Screen. The Tesla Screen is designed for Android users to be more responsive and offer a superior viewing experience.

On their touch displays, android Tesla screen owners may access more than just video games and streaming services. A few streaming music providers are also supported by smart electric cars. With a 4G connection, drivers can access both DAB radio and Spotify, making it quite simple to play their favorite music. A radio tuner and antenna update that allows them to access FM or Sirius radio are also available. 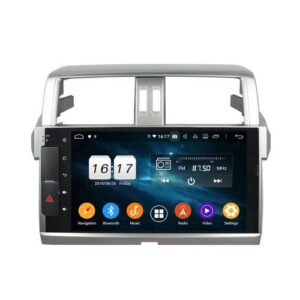 How does the android tesla screen operate?

How Important Is the Android Tesla Screen?

Is the android Tesla screen beautifully designed and easy to use?

Android Tesla Screen made by KLYDE is the best. Tesla automobiles supply high-quality screens. Both their customer service and their products are highly dependable. Since we have been in operation for so long, we have a wide selection of Tesla screens, including those for the Model S, Model X, and Model 3. In addition, our prices are reasonable, and our product is of the highest caliber. The market's most reliable and modern Android system is this one. In addition to having excellent manufacturing and processing technology, it has a reliable supply network. Advanced testing tools and quality control teams were applied to all in-stock items. The finished product underwent strict quality control and aging. The intelligent engineers ever created this product; thus, anything you choose to purchase is a wise choice. Not just once, but constantly, you can count on us. Our top goal is to make sure you're delighted.

We will regularly update the blog about car audio products, and share with you the technical content of this industry, as well as some craftsmanship.